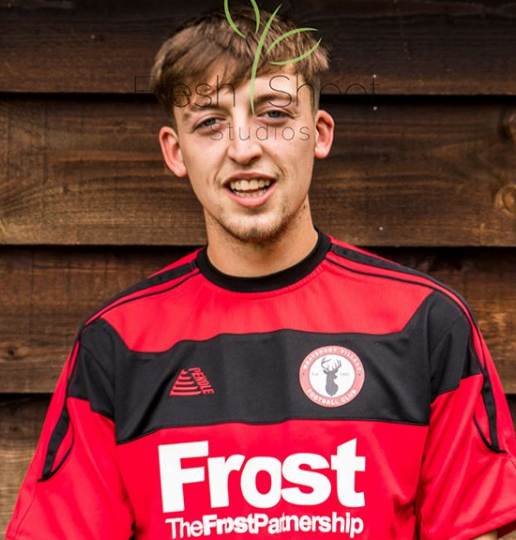 After 2 consecutive weeks lost to weather, Wraysbury chose a good week to have their best defensive performance of the season. The Stags lined up as follows;

Wraysbury started off on the front foot and Bermingham had an early shot at goal jut about dealt with by the Iver keeper at the second attempt, before Antalika could rush in and bundle home. The match settled more into a defensive pattern after this fast start with the Stags happy to let Iver have the ball and almost have a look at the home side.

Despite the home side seeing more of the ball early in the game, the Stags had the next big chance with Formaisano heading over from a corner kick. Wraysbury did then get the opening goal of the game with Pikulak running in behind, before being forced wide by the keeper. Antalika lofted a cross into the box which was met on the Bicycle kick by Mack Bermingham and arrowed into the top corner. What a goal by the Wraysbury number 10.

Almost immediately Iver had the perfect opportunity to reply when Pitt was adjudged to have brought down an Iver attacker in the box. Despite his best protests that he won the ball first, the spot kick was given. Up stepped a nervous Iver attacker who went for power on his strike and saw his effort cannon off the bar. This was then cleared to safety.

Randall in the stags goal was called into action shortly after when tested by a through ball, he beat the Iver striker to it and a nasty collision followed, thankfully the stags number 1 was fine to continue. Iver had 1 last chance before half time to level, when another through ball was played in, this time a combination of White sliding in and a hand from Randall kept the ball out. Wraysbury 1 – 0 to the good at half time.

As the second half started it was clear that Wraysbury had changed their shape to adapt to the big pitch at Iver and were now employing a back 5 system. To suit this system the stags made a few changes with Sean Hill replacing John Mallard and Richard Clark-Wilson replacing Levi Smith for his Debut.

These tactical changes were followed to the letter by the Stags players who looked much more solid and more likely on the ball with Formaisano having another header cleared off the line. Chances were at a premium in the game and the next didn’t come until later in the game after Punter had replaced Antalika, and Mernagh, also on Debut had come on for Bermingham. And it was Mernagh who next went close when he unleashed a 30 yard strike, which swerved and dipped over the keeper, only to crash back of the bar.

Coming into the final 15 minutes of the game, Dan Stock was brought into the middle of the park, in replacement of the tireless Pikulak and used his experience to shield the Stags back line, with several crucial tackles and blocks. Full time at Iver Heath Rec, Iver heath 0 – 1 Wraysbury.

The Frost Partnership Man of the Match was Dan Scarlett.

“This was really good defensive performance away from home and I am really pleased with the way our team has acquitted itself today. Every player to a man, did their job and this sets us up nicely coming into the back stretch of the season. If we can carry this attitude and effort into the next set of games, we can really do something special this season.”